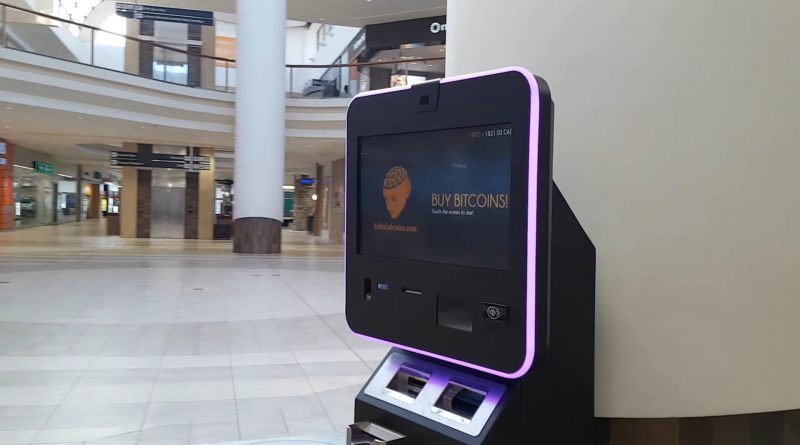 Altcoins Blockchain Ethereum Investing Technology Trading
August 6, 2018June 26, 2019 David Kariuki
reducing the costs associated with errors and fraud." It can also help to build an interlinkedthe  loyalty network, large loyalty rewards program providers and this can offer added value to their and other businesses.

Also, the customer is able to access and manage rewards frictionlessly including deciding how and with whom customers can use these rewards. This include possibility of transferring rewards in real time and faster as well as providing a secure environment (making of irreversible transactions, preventing double spending, fraud and abuse).

An immense advantage accrues to retailers who use blockchain to trace products from the manufacturer, to the distributor, and finally to a retailer’s warehouse. Tracking helps to avoid tampering or losses or raising of alerts in case of an health issue.

The current supply chain often creates low transparency, non-standardized processes, data silos and diverse levels of technology adoption and blockchain can help to enable data transparency and access among relevant supply chain stakeholders, creating a single source of truth according to a report by DHL and Accenture on use of blockchain in supply chains.

Blockchain would also facilitate more trust among supply chains by its secure distributed nature as well as ability to provide error-free flow of goods. It can also help remove the many frictions caused as different parties interact, communicate and transact. It would certainly help them collaborate more. The track-and-trace capabilities enable for transparency and traceability of products regarding where they are coming from, legality -- whether counterfeit or not, and information helpful to customers such as whether they are preserved as per conditions and if they are ethically sourced.

Blockchain would make it easier to confirm authenticity of products on and after transit. This can be helpful for luxury goods and one-of-a-kind merchandise, such as art, or time-sensitive items, such as concert tickets.

According to the International Chamber of Commerce (ICC), counterfeit and pirated goods will drain $4.2trn from the global economy and will put 5.4 million legitimate jobs at risk by 2022. There is no doubt on the negative impacts of counterfeits to companies. Information is recorded at every stage about the source, handling and condition of the products will be immutable on blockchain. Sweetbridge, for instance, is a blockchain accounting protocol that will help record and trace the origins of products and help firms fight counterfeits.

Blockchain can help companies to create and manage different types of smart contracts that serve their needs. These self-executing lines of codes based on agreement between counter-parties help eliminate human error, reduce costs of transactions, reduce chances of manual handling and its possibilities for human errors and conflicts, as well making transactions faster.

Businesses can benefit from the accuracy and automation of the contracts, transparency, trustlessness, speed, security and clear communication, efficiency, backup and avoiding of paperwork, benefits that arise with use of smart contracts.

Identity management is much more easier, accurate and low cost on blockchain and there are many financial organizations using this capability. We have detailed several projects working on things that relate to management of identity on the blockchain but basically, ID management on blockchain involves creation of a digital ID and storage of it on decentralized computer systems, giving users the control and ability to determine who they want to share ID with.

More important for firms, for instance, would be to secure financial systems against fake identities by having immutable (permanent or un-deletable and unalterable sort of) records of IDs and making it easier to verify user identity on platforms. Obviously, centralized storage that still do not use blockchain are more prone to compromise and use of data is almost always compromised or misused even internally because essentially someone is always trusted to handle, store and distribute as well as share it. Think governments and the way they work.

A firm can also use blockchain to make secure digital rights of property and copy rights etc.

With these digital IDs on blockchain, for instance, people can do peer-to-peer arbitration, become citizens (for instance the idea of World Citizenship Passport on BitNation), notarize their marriages, birth certificates, business contracts and do more. The IDs are not only stored on a more secure network thanks to blockchain encryption, but also when shared buy their owners to organizations, it can help identify and eliminate fake identities. It has also been tried in education award circles.

You might also want to check some social networking platforms/projects that incentivize their network of users for sharing such data and information. Some other social networks based on blockchain, for instance, might also have some good value for marketers and advertisers.

Many firms are already utilizing blockchain and cryptocurrencies in their funding campaigns with several benefits. For instance, cryptocurrencies and blockchain facilitates tokenization of assets and companies are able to raise funds quickly and easily.

So a company could think of an ICO or an hybrid model of fund raising, which combines VC/PE (venture capital/private equity) funding and ICOs, and is increasing in popularity.

Blockchain has been used to create ad platforms which retailers and marketers can use with added advantages of lowering advertising costs and fraud, as well as incentivizing viewers, which comes with increased viewership, conversion and loyalty.