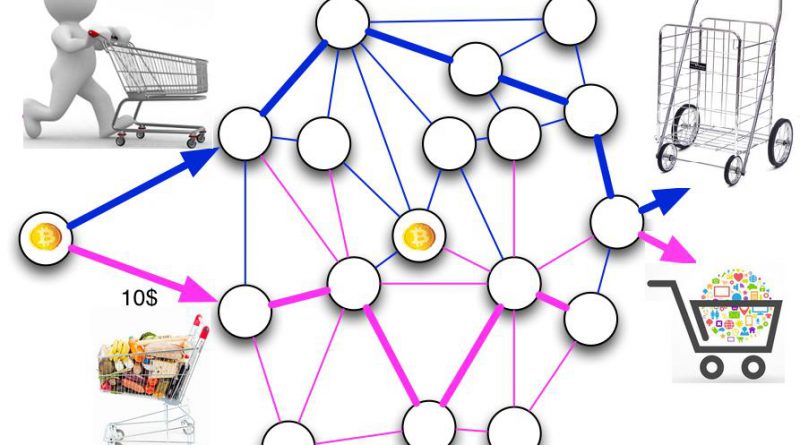 With online stores all over the world continuing to adopt Bitcoin and cryptocurrency payments, knowing which dedicated Blockchain API to use is important.

Blockchain APIs allow e-commerce owners and stores to save time and money in the developing of payment systems from scratch and this allows them to focus on more significant and essential things to improve their service.

Blockstrap API was introduced by Neurowave to serve web-developers and programmers. It helps them to create cryptocurrency-related web-applications that are compatible with HTML5 when working with Bitcoin and other digital assets.

It accepts data from and is compatible with SoChain, Hello!, Block and Blockr APIs sources in addition to using its own data source.

Neurowave does help organizations to integrate existing legacy systems with new distributed ledger technology when a company wants to use blockchain in its business. For instance, they work with large central banks, national regulators, telecommunication providers, and licensed equity crowdfunding institutions in Malaysia and Singapore. They also provide training, consulting and hosting.

Chain Core is based on Chain Protocol and is an enterprise-grade software for issuing and transferring financial assets on the blockchain. With Chain Core, institutions can launch and operate a network on the blockchain or connect to already existing networks.

The transfer is done while maintaining the governance standards, scalability, and privacy required in financial markets. It allows for management and transfer of different types of assets on the blockchain including currencies, securities, derivatives, gift cards, and loyalty points.

It can also help those issuing central bank currency digitally and improve payment systems in a country.

The developer edition is available for free.

Tierion Hash API Documentation from Tierion can create up to 100 records per second free of charge. It collects data from web and mobile applications using built-in REST API and HTML-forms. With Chainpoint, authenticity of data relating to transactions can be verified, including creation time because that data's hash is attached to blockchain unit by Chainpoint.

It can also integrate with many services including Salesforce, Mailchimp, Gmail, Slack, etc.

It lets developers build custom applications under collaborative environments. It also allows for use of data to make better decisions.

With their latest addition dLoc, governments, banks, hospitals, and universities that issue documents, including birth certificates, land titles, and medical records can use blockchain to authenticate and secure the documents.

Lenders can get blockchain based document audit solutions for loan reviews for compliance.

Developers get a colossal number of useful libraries and a development toolkit.

Blockchain API is a free tool for developers needing to integrate Bitcoin cryptocurrency payment functionality on their apps and website.

Information is available in JSON format and this simplifies processing by customer. Customers can access Bitcoins directly on their e-wallet account thus needing no separate storage.

Bitcore API allows for building of Bitcoin and blockchain-based applications.

Written in JavaScript, this Bitcoin API is ideal for P2P networks (those not using dedicated services and whose nodes serves both as customer and server).

Its speed exceeds that of built on centralized web architectures by 20 times. Therefore, it is a great solution for networks hoping to scale in the future.

Furthermore, the API has Insight blockchain explorer featuring REST and WebSocket API interfaces. This makes it fit for programmers who want to develop their “turnkey” electronic wallets or similar solutions that would involve quite complex server requests from blockchains.

The Colu API/SDK is used for issuing digital assets on top of Bitcoin. It can be used to issue fiat on the blockchain, maximize privacy, deploy systems in the cloud (a framework for cloud based money) or internally and integrate Bitcoin standards.

The Colu blockchain API is suitable for those developers and programmers using other languages different from Node.js. This avoids technical conflicts between existing platform and implemented interface.

Gem is a HTTP blockchain API that allows integration of fully functional Bitcoin wallets in enterprise systems. Users can create as many wallets as they want. It also provides multi-signature authorization, multi-factor authentication, and real-time monitoring for added security.

It provides scalability in addition to storage, encryption and copy of cryptocurrency for all your customers.

It encrypts Bitcoins and sends them to the server without storing them.

BlockCypher offers several solutions (RESTful JSON APIs) such as Ethereum Blockchain API and Bitcoin Blockchain API for developers. These provide access in accordance with HTTP and HTTPS protocols from the api.blockcypher.com domain.

Other features include built-in microtransactions for internal purchases and on the platform and payments readdressing.

It assigns a personal index to blockchain’s units to facilitate sending cryptocurrency from customer to e-commerce. It only sends the chain to the server only at this time. The server will receive transaction messages with confirmation about their completion.

It allows for customization of the application's architecture as the business grows, distributing it among several servers. This means you can increase the number of servers without employing another blockchain API.