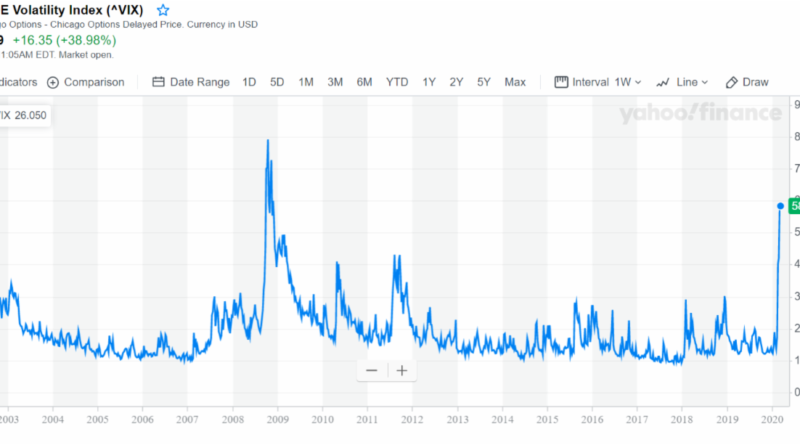 If on Friday we were talking about fear, by Monday morning the markets are feeling an all out panic.
President Trump, along with Congress, did a good job of calming people down on Friday afternoon by ensuring the public that they're ramping up production of Coronavirus test kits but progressions over the weekend have been way too much for the markets to fathom. Expect another Trump press conference in the next few hours.
As far as volatility is concerned, we're now at levels last seen during the financial crisis 12 years ago. 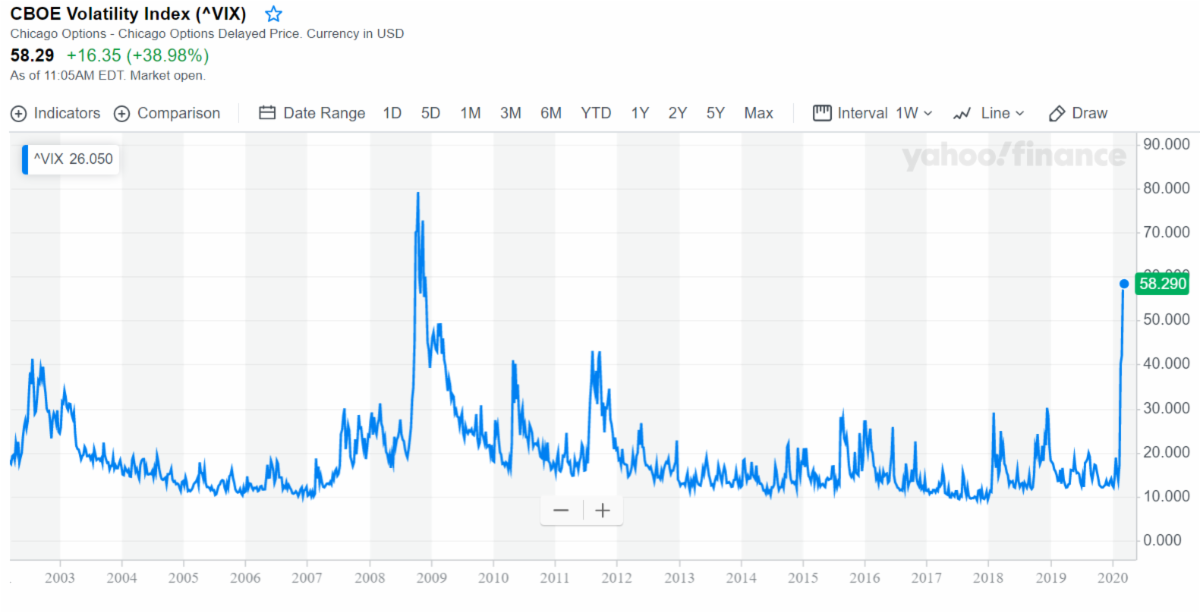 Futures markets were so slippery last night that they hit limit down. Meaning, that they lost the maximum amount that stocks are allowed to lose in a single trading session. Yeah, that's a thing. I don't want to be an alarmist or anything but there are another two limit's below at 13% and 20% respectively.

Crude oil, on the other hand, has no limit down and did end up gaping down 27% after Russia refused to go along with Saudi Arabia's production cuts. Needless to say, everything that has to do with oil and energy is crashing today.

Out of all the outrageous market movements lately, the fall of the US Dollar is probably the most under-reported.

Usually, the USD tends to play a supportive role and acts as a sort of safe haven during times of crisis. The Dollar Smile is a theory that states that the USD should do well when the economy is good because people will want to take advantage of the opportunities and that it should do well when times are bad because people will use it as a safe haven.

However, in this time of extreme stress we're getting a real chance to examine the strength of the world's reserve currency. At least for the moment, it's not the US Dollar but the Japanese Yen that is filling the safe haven role today.

Here we can see the relative movements of the Forex market today. The USD is down sharply against just about everything except the Canadian Dollar, which is no doubt suffering off the slide in crude oil.

If we zoom out though, we can see that the USDJPY has been one of the biggest movers off the recent volatility. 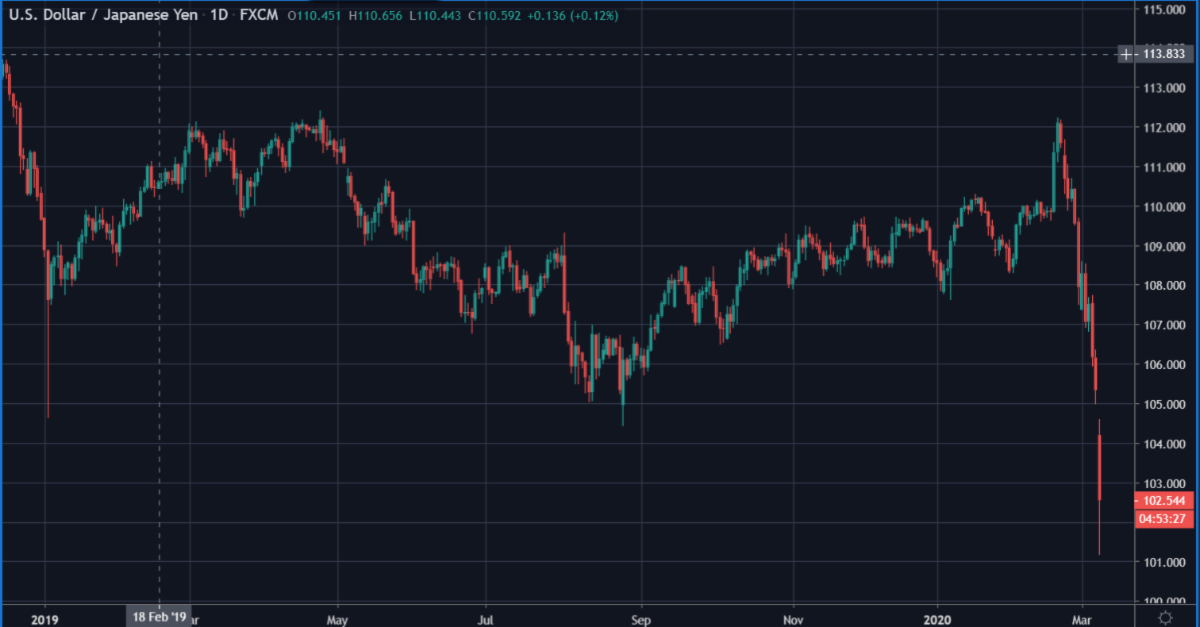 Back to Mirror Mode

At the moment, with everything happening in the traditional markets, it doesn't seem like too many people are in a buying mood. In fact, it does seem like after a few days of consolidation, the cryptocurrency market is right back to mirroring the stock indices.
As we've said many times before, the digital market does not exist in a bubble. It is very much affected by everything else that's happening in the broader economy and in the world. With a quick look at the social media word bubble on LunerCRUSH, we can see exactly what's on the mind of cryptocurrency traders today.

The word 'coronavirus' appeared in 11% of posts on social media. But that's to be expected I guess. What's surprising is a word that was in that very spot not more than two weeks ago but is now not even being discussed anymore. The word 'halving' does not appear at all.
The word 'fears' is also prevalent in the above image, as is 'drop, stocks, and outbreak' so it's quite clear that fear is here. And if the price action isn't enough to signify the contracting market sentiment, we can also see that the amount of funds currently deployed in DeFi smart contracts is also dropping fast. 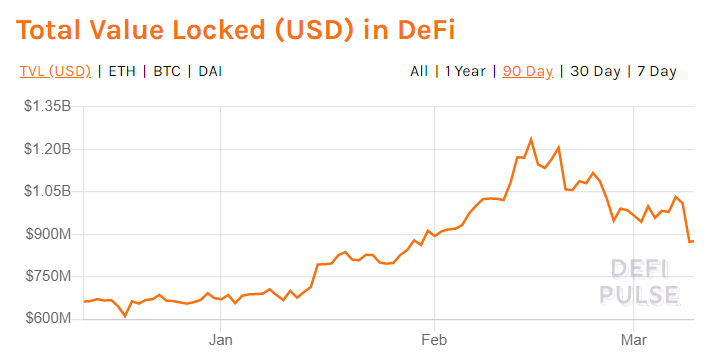 Hopping things turn around soon. Wishing you a safe and healthy day. Don't forget to share this post and subscribe if you're not already, and don't forget to wash your hands!!
Best regards,
Mati Greenspan
Analysis, Advisory, Money Management
Post Views: 1,052