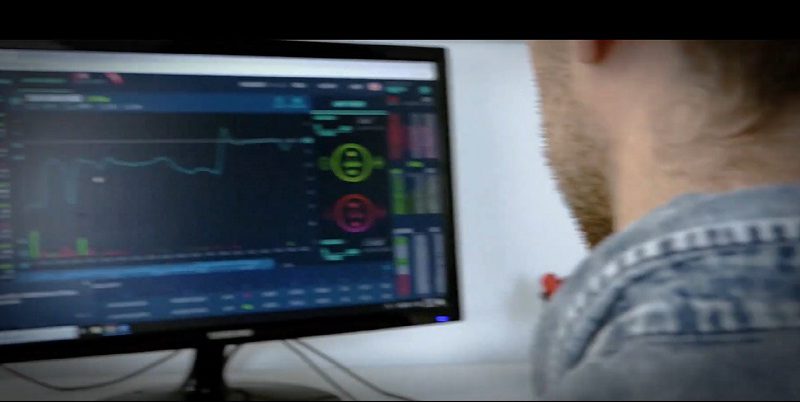 The DX. Exchange, which is an Estonia-based cryptocurrency exchange, has announced today that its users can now trade 15 of the most popular ETFs on the cryptocurrency using crypto. The move is not only going to give more access to ordinary or customary stock ownership to anyone wanting to invest in the ordinary stock markets using crypto, but will also open up stock ownership and investing to more people because one can own ordinary stocks for as low as $10 thanks to fractional ownership facilitated by tokenization. This allows people with low disposable income for investors to own such shares.

With tokenization, investors are able to own part of a single stock, ETF or other assets. Real estate is already leading the way to prove how tokenization and crypto can being revolution to an entire industry. It's the beginning of things.

For this new deal, the exchange is partnering with Perlin, a Hong Kong-based cloud-computing marketplace, to tokenize "traditional" or customary stock markets and avail them for investment by customers of the exchange. CEO of Perlin Dorjee Sun spoke to Blockchain Reporter and said there was big opportunity for the service in India and Indonesia which are their "big target markets" since they are "1 and 3 biggest Facebook populations but also have low Facebook shareholder ownership."

He said the fact that 10M Apple device owners live in India but there is minimal Apple shareholder ownership there shows the big opportunity in this market.

Therefore, they will be targeting areas which have big fan bases but low shareholding for particular stocks. No doubt there are expansive regions with such characteristics. Sun said the service would bring financial services to the unbanked who in addition to having low income disposable for investment, they face multiple challenges in regard to banking and investment and with this new service, "they do not need to be KYC’d by a broker in the USA, don’t need a bank account to send the money and don’t need $170 for an Apple share but can buy a fraction of that e.g. $17 for 10% of an Apple share."
Another important thing, the security token market will be trading 24/7 and provide unprecedented accessibility and liquidity.

On the DX.Exchange, investors exchange Ethereum to purchase ETFs of their choice, which are purchased and held by MPS MarketPlace Securities, a partner of the DX.Exchange. Some of the ETFs available for purchase by customers include the SPRR S&P 500 ETF Trust or SPY which tracks the S&P 500 and the Invesco QQQ Trust whcih tracks the Nasdaq-100 index.